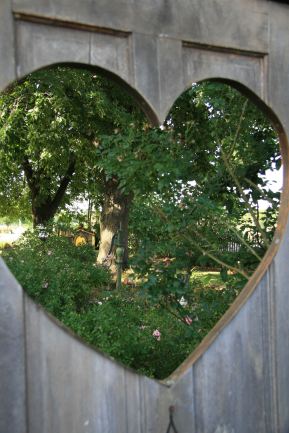 Over the past decade, I’ve become increasingly detached from my home, particularly more so in recent years. I’ve found this curious, given that I’ve lived there for 30 years now. When I moved in, as a young woman in her mid-20s, with a three-year-old son and ready to give birth to my second child, a daughter, in the month ahead, I saw this home as nothing more than space for us all – albeit temporary. We had the makings of a beautiful yard, in a great neighborhood in a small town we loved. The house itself though was an end to a means. We needed more space for our soon-to-born child, and this fit the bill. Never did I imagine two more children would follow and be raised in this same house – nor did I ever think 30 years into the future it would still be my home.

With six of us for so many years in this not-so-big house, along with an ever-changing menagerie of pets, lots of toys, sports equipment, personal memorabilia and all the fundamental elements of a well-lived family life, we pushed the boundaries of our limited space to the max. I had been sure our family wouldn’t live in this house for more than a few years before moving on to something larger. As circumstances in our personal lives unfolded, it wasn’t meant to be.

So in time, the house that was rather snug became one that I was grateful to afford, especially on my own. Our family dynamic changed and I became engulfed in a new reality I hadn’t imagined as a single parent. Anything larger would have become a tremendous burden, economically and bandwidth wise to maintain.

Kids changed bedrooms, redecorating as they went, as ages and interests transitioned forward. Every parent knows, as children grow, rooms begin to feel smaller and hallways are suddenly shrinking when six-foot children make their way through the house. At times it felt as though the house might simply burst. Boyfriends and girlfriends joined the mix and quite often stayed at our house, and there was activity everywhere throughout our home. We often joked at any given moment someone in our family would be up and doing something, regardless of the time of day or night. It still proves true. We’re just not all in the same place.

Then suddenly, my oldest was off to college, and the house seemed a bit emptier. I remember sitting on his bed, in a half-empty bedroom, after dropping him off freshman year at college and suddenly sobbing, as I realized nothing would ever be the same again. The years spiraled forward at breakneck speed. Each of my four children became increasingly independent, off to explore new adventures and the family ebbed and flowed with who was at home still and who wasn’t. There were far fewer pets as the household size decreased, too. What had once been a house bursting at the seams was now a home with a lot of empty rooms – devoid of people, at least, much of the household items shifted there, not used.

I once said – and I still feel it’s true – that for many years our house was this giant, rollicking party, not all fun and games, but lots of energy and activity. The house began to feel as if I was living in the aftermath of that party, treasuring what had gone before, but left with the remnants of many years of hard family living – and an aging house to deal with just the same. I don’t spend as much time there as I once did. Life is pretty busy, and when I am home, it seems I’m rushing around to complete as much as I can in a finite time – or just not interested in accomplishing much at all. I’ve certainly learned the value of unwinding and enjoy my time on my own.

As the last of my children explores his next adventure, which will take him out on his own, it hit me last night exactly why my detachment has grown. It was never about this house. I didn’t move into it as my dream home or a place I coveted for any reason other than it was for my family. Our home sheltered the people I love most and wherever they go, wherever we all are together, is what matters most to me. I always wondered why I didn’t feel more of a sense of connectedness to my home, but at long last, I’ve realized that I’ve always seen it exactly as it has been. When it was filled with family, it had a lot of meaning, but without them, it’s merely walls, floors and rooms. I could be anywhere, but when I’m anywhere with my family, that place quickly becomes home.