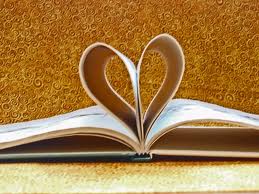 I used to write a lot of poetry, but I really don’t all that often anymore. Occasionally something comes to me and I feel the need to write it down, but more often it remains nothing more than scraps of paper littered with words, some interconnected, some just random thoughts, and that’s okay. While the poetry I wrote was not half-bad at times, I never harbored illusions of where it might go beyond satisfying my own needs in getting the words out and occasionally reaching someone else as well with those words. While I don’t much miss the writing, I do miss the connectedness at times of those days with other writers also exploring the craft.

For a few years, I was active on several poetry boards, mostly commenting and sometimes submitting or posting on one or two and becoming quite active on some others — writing a lot, serving as an admin and eventually helping to create a new site and play a role in its management for a while before it eventually crashed and burned with its creator’s intent. It’s still something I’ve never quite understood the reasoning for, but there are people who believe in the worst in others, somehow seem to revel when that type of behavior is revealed and then encourage it on its way. It’s not my thing and the experience served as a real disappointment for me that I think hastened my departure from writing in that form and somehow, I’ve never really returned.

What I do take away from that time though is the memory of daily immersion in words, simply for pleasure. Long discussions and ongoing dialogue on moving semi-colons, trimming words, adding some at times and so often, gentle nurturing of a poem into fruition – not necessarily my own work either. In fact, most times it was not my work but someone else’s and at no other time in my life have I given so much thought to form, to word definitions, to reflection on what poems might mean and it enriched me in so many ways. The writing, my own and others, connected me to many writers throughout the world, quite a few who I still consider friends and good friends at that although we’ve never met.

While I’ve been a writer most of my life and have had the good fortune to be paid for my words for many, many years, I believe it wasn’t until I got that involved in poetry that I really learned to let go of my own words. Who taught me? Other writers. They taught me that no one will ever love your words as much as you do – yet, once those words hit the page, roll off the tongue, are viewed on the screen, you have no control over their interpretation regardless of your intent. And everyone has a different interpretation of what your words mean. For me, that’s the beauty of writing, the beauty of reading poetry. The multi-layered meaning of a single word or phrase, the evocative images, the experiences conveyed from wondrous to excruciating painful in a simple series of words.

Those poetry boards were also where I saw some of the worst writing imagined – by people who chose not to take the time to spellcheck, had no respect or care for proofreading and editing, or to learn about punctuation – their ‘art’ didn’t require those constraints or care – most likely they are still deluding themselves that their message is more important than taking the time to convey it properly so they might be taken seriously as writers.

I encountered some of the most illustrious blowhards and bullies, egos the size of small countries and ignorance beyond compare. Not everyone was there to share and learn, and like many online communities and discussion boards, these could bring out the best and worst in humanity and a little bit of everything in between. But mostly, I’ve forgotten that part.

What I remember is the kindness and support of other writers. By kindness I don’t mean they patted my back and said only, “Nice work!” No, their kindness often involved tearing my writing apart, telling me what worked and what didn’t, giving me suggestions on minor tweaks or major edits or casting it aside and telling me it was utter crap. No one likes to hear that, but I wasn’t there to be applauded. I was there to share and to learn. I appreciated it more than they can know.

I remember sometimes sitting for hours at the end of a long day, going online for a quick look at a poem or two and finding myself commenting, critiquing, reading and sometimes being astonished by the sheer beauty of someone’s words. I recall cautiously posting a poem on a site I greatly admired, knowing I was out of my league talent-wise, yet being graciously accepted and critiqued; having a poem pulled out of the rejection pile on that same site, from slush back to the main site because an editor saw some worth in it. The absolute joy in the first time a piece of mine was chosen as an editor’s pick, amazed how much that meant to me.

And now, I mostly read other writers’ poems. While I have no formal education and training in poetry, I have such love and respect for the words I read. There was a time when I took a deep dive into that world – and it nourished my spirit in ways I never imagined, the ripples in motion still.