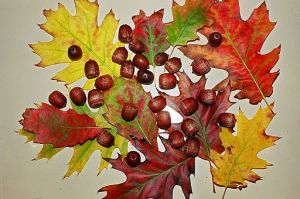 We’re an introspective lot – women my age – and perhaps it’s because we finally have the time to stop and think about a thing or two. While we’ve all had our own experiences, varying as they may be, one commonality seems to be that we were all incredibly busy; some of us raising a family, others running a business, working very hard to move forward in a challenging career or perhaps even all three. In my own group, everyone’s kids are basically out of the house now and we can finally exhale or at least schedule a bit of time to. Life isn’t any less busy, but it’s busier with things that we have in place for ourselves for a change – organizations we wanted to join earlier in our lives, lessons or courses or maybe just longer hours at work. But it feels different somehow because much of it involves just us for a change.

I see my kids moving on to things that sometimes seem like I just went through although it’s many, many years ago now. Marriages, consideration of starting a family, buying cars, buying a house – those grown-up things that I remember feeling very adult while doing and yet I look back now and see what a baby I really was when I went through them. I had no clue for the most part and that’s probably a good thing given what the years would bring. Sometimes I have that same sense that I had when my kids were little and embarking on something new. I want to still stand on the corner and watch them on their way, warn them of potential obstacles and pitfalls and hold my breath until I see them cross the street safely or negotiate the highest bar on the jungle gym. I couldn’t keep them completely safe back then any more than I can now. Mostly, I have to believe that they have what it takes to see it through to the other side and rely on the care they have for each other to do the right thing and get past any tough times.

I see them think about things that I never considered at their age or even realized might be possible. In so many ways, they are smarter, more conscientious and more on the ball than I ever was. I plowed forward with enthusiasm and the belief that everything would be just fine. No matter what the challenge, I felt undaunted and so sure that I could make it right or make the impossible happen. That faith often led me blindly to embrace situations that were far bigger than I imagined they could be. Most times, I came out okay and learned something, too, but an extended period of larger-than-life situations certainly left me battle-weary and wondering if I had been crazy all along to believe as much as I did that I could overcome anything sent my way. It was a real crisis of faith, of belief in myself really and my own value and ability to make my life work. When I once sought to identify what defined me, I felt that it was a strong sense of positive energy. I’m not sure that’s still true and it saddens me to even think that. Perhaps it’s just lying dormant or re-charging. I hope so.

I’m not writing as much these days, or at least not in a personal way. The majority of my work involves writing and is deadline-driven. Away from work, I start a lot of new things but find myself with a lack of focus. I start writing, get a few paragraphs in and stop. I think I might come back and most times, I don’t. I haven’t been blogging with any regularity or keeping up with correspondence in the way I usually do. I thought it might have been the simple fact that I had a whole new schedule to get used to once I started earlier this year at a new job away from my home office and I’m sure that has contributed to it. But months and months have gone by and I’ve managed to fit all kinds of things in and juggle school work, full-time work, consulting work and volunteer obligations. I’ve struggled with whether or not I need to give something up but in the end, there’s nothing I would feel comfortable stopping. Perhaps I’m just too busy living my life to write about it, but I certainly am thinking a lot about any number of things; just about everything really. But as I said, we’re an introspective lot, we women of a certain age.