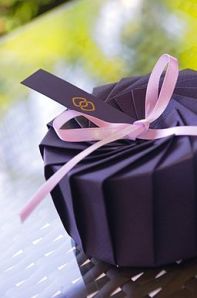 I recently read the book “29 Gifts,” which was recommended and given to me by a very dear friend. She and I often talk about spiritual matters, addressing a lot of the issues and questions we have in our own lives, many of which involve living a life that truly matters in ways big and small. She knew this book would be of interest to me and it certainly was.

I will admit, when I started reading the book, which is written by Cami Walker who was in a pretty desperate state with MS, I was a bit disheartened by her. She was a whiner, and although I knew she was going through some very difficult days, she struck me a self-involved and someone who was feeling very sorry for herself. Her husband was clearly devoted and doing all that he could to make her life easier and she had a wonderful mom in her court as well helping with the care giving, yet she persisted in feeling miserable about the terrible, terrible thing that had happened to her. While I don’t deny she was in a bad state physically, I hated the attitude she had. Then something happened.

She called a friend and spiritual advisor by the name of Mbali Creazzo who told to her to stop focusing so much on herself and start doing for others. Walker was appalled that this woman wasn’t grasping just how sick she was, and how in the world did she think she could do anything for anyone else when she couldn’t do a thing for herself these days? However, Creazzo invited to her to start a program of intentional giving, 29 intentional gifts in 29 days and by focusing on those around her and the gifts she personally could give, there would be a shift in energy that would actually enable her to improve her own life. Well, Walker went into this with a fair amount of skepticism, but embarked on it nevertheless, and within days there were subtle shifts in her life in positive ways, which spurred her on to do even more.

With a marketing background, naturally she wanted to share her experience and invite others to be a part of this experience as well, encouraging them to give 29 gifts and report back on the changes they encountered on a website created for this very purpose. Walker went from a woman who was largely housebound, too lethargic to work or do much of anything to someone who was walking without a cane, working a few hours a week then a day, and transforming her life in many different ways. So have others. Her journey of discovery is well worth the read, and even if you already believe in the power of giving as I most surely do, the book will serve as reaffirmation of what you have always known to be true; the more we focus on ourselves and our problems, the more we invite the same to enter into our lives. When we focus on others, remember what we have to offer, and of course, we all do – well, the more abundance comes into our lives. It’s that simple.

When my former husband was quickly laid low with the terrible physical issues related to Parkinson’s disease, I urged him regularly to consider what he still could do. To focus on that and what he was able to do for others. I know he wanted to, but he wasn’t capable of it. His illness eventually consumed him and left little room for anything or anyone else in his life, and we all suffered that loss as a result. Even as he began living many years later in a nursing home, a situation none of us want to find ourselves in, I again spoke with him about the valuable things he still had to give, and while his own situation was far from ideal, he could change his life simply by focusing on helping others that were even worse off. He didn’t agree, or perhaps he just wasn’t interested. Mostly though, he was mired in his own situation and couldn’t see past it.

He recently moved to a new facility which offers far more for him, and again, it’s far from ideal and not what I wish for him in any way, but it’s an opportunity to again change his life in positive ways and for him to focus on something other than his illness. Perhaps in time he will. He’s not ready to yet, but maybe in time he will be. This insidious disease has robbed much from him, and some of it he seemed to give willingly or maybe in desperation, but he is a smart, talented man and it pains me that he cannot see this or understand how much he still has to offer others. Only he can make the decision to do so though.

I believe in a life of giving, although it was never a truly conscious belief until more recent years. Yes, I was very aware of how fortunate I was, even when hard times hit and at times, they swept into my life like small natural disasters, although nothing felt natural about any of it. We got through each hardship though. Even some of the very worst things were not as bad as they possibly could be and don’t think I haven’t been aware of that. We’re still here. Against many odds, I’m still here. It’s been daunting at times but as a very good friend reminded me recently, I got through it. I continue to get through it and I appreciate that I do.

A couple of years ago, when I finally had time to stop and think (something that most parents of busy kids can relate to – you know the moment when you realize you finally have time to take a breath and figure out what you want to do with the rest of your life?), I started really thinking about what I want the rest of my life to be like.

Having been on my own for over 10 years, I would like to think that perhaps someday I’ll have someone to share it with again. My children are amazingly close to me and as wonderful as kids could possibly be, and I have some very special friends who are like family as well and of course, my mom and the rest of my family – but nothing really is the same as having a partner to share life with. I hope it happens, but if it doesn’t, I still feel remarkably blessed.

I decided that while service to others is very important to me, most of what I’ve been involved with has been a case of seeing a need and attending to it if I possibly could and not one of true intention other than wanting to help. So when I was doing this thinking and planning, I realized that my life would be best lived if I focused more on intentional giving and serving others.

I’ve always felt that if I had something to give to someone else; why wouldn’t I? I don’t necessarily mean material objects or money, although I’d be perfectly willing if I could, but more in giving time, talent, a pair of hands, a bit of advice or maybe just a silent mouth and a listening ear. Some of the greatest joys in my life have been in the times I’ve been able to do those things, so I decided to focus more on that as my life continued.

By declaring that intention, it started to shape a lot of other things in my life, such as the kind of work I would like to do, the stories I hoped to write, the friends I made, the volunteer work I did and even the type of person I might one day share my life with.

I realized I couldn’t live my life by accident any more, but had to go forward with more intention. It would mean going back to school at some point because there were things I put off and needed to finish. It meant listening even harder and learning even more, regardless of whether I liked what I was hearing at times.

And it meant truly appreciating what I do have, even though I professed to most of the time.

Seeing how blessed I was, with family that truly loved me and that I loved just as much; with friends who share  my joys and sorrows, the stupid things and the laughter, and were there nevertheless; for the experiences I have had and the opportunities still to come; for the roof over my head and the little dogs that bark too much and pee inside far too often but were overjoyed to see me every time I came in the front door; for living in a community that has basically embraced me from the start and allowed me to get involved in so many things; for the ability to string words together in a way that enables me to earn some money and for the people who have the confidence in my skills even when there’s no particular reason sometimes to believe I would know anything about what they have hired me to do  — these are all tremendous blessings and things I try not to ever take for granted.

These are just some of the gifts that have been given to me, and I hope to give many more of my own as I move forward in my life, with much intention and care.